If I could make the MCU, this is how it would go down. (Some of the casting choices may be the same)

Bruce Banner has been wandering the world seeking for help to rid himself of his inner beast, The Hulk. Bruce ends up meeting a man named Samuel Sterns. Sterns helps Bruce get rid of the Hulk, but secretly uses the gamma radiation to create a super-soldier of his own. The result is a huge electrical gamma-beast. Bruce has to use the Hulk to stop Samuel's messed-up super soldier. At the end of the movie, Samuel becomes effected by the gamma radiation....

Dr. Donald Blake finds a mystical cane while hiking, and discovers it is actually Thor's hammer, Mjolnir, in disguise. It gives him the mystical power of Thor! But when Loki and Amora The Enchantress attack Earth, he is the only person with the power to stop them.

Peter Parker is bitten by a radioactive spider, and his life is turned upside down. He gains spider-like agility, the ability to climb walls, and sort of sixth sense. He uses it for his own eprsonal gain, but when poor choices cause the death of Uncle Ben, he becomes a hero and tracks down Ben's killer, who was actually part of a gang led by the evil "Vulture".

Tony Stark is horribly injured by terrorists and relies on a device in chest to live. His fellow prisoner, Ho Yinsen, builds a special suit to escape the terrorists with, and he gives it to Stark. Stark wipes out the terrorists and returns to America safely. However, when the terrorists he battled awaken the evil Fin Fang Foom, he has to fight them one last time to save the world.

During WWII, Steve Rogers is selected as the first Super-Soldier. He becomes Captain America and seemingly dies while taking down one of Red Skull's nazzi bomber planes. However, he is frozen in a block of ice, which stopped the aging process. Several years later, he is defrosted by S.H.I.E.L.D. He tries to adapt to modern times, but seems to keep failing. When Red Skull is defrosted by his follower, Viper, he tries to take over the world and kill Captain America once and for all.

Carol Danvers, a member of the air force, is exposed to cosmic radiation and develops amazing abilities. However, when a man named Mar-Vell comes and warns of an invasion, she realizes her powers were actually alien energy. She confronts Mar-Vell and asks to help out. At first, Mar-Vell doesn't want her to come along, but when the Super-Skrull almost kills him, Carol saves him. Together, they stop the Skrull invasion and save the world.

When a strange machine crashes into a bridge and destroys it, Tony Stark brings it to Nick Fury. The world fears the worst, when a man named Kang arrives at Times Square, speaking of a "golden world without flaws". But to make this perfect world, our world must be destroyed so Kang may rebuild time in his image. Spider-Man, Captain America, Iron Man, Ms Marvel, Thor, and The Hulk arrive to stop Kang, and the heroes consider teaming up, but none of them like the idea. More to be added...

Someone please continue working on this. 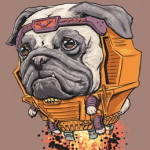